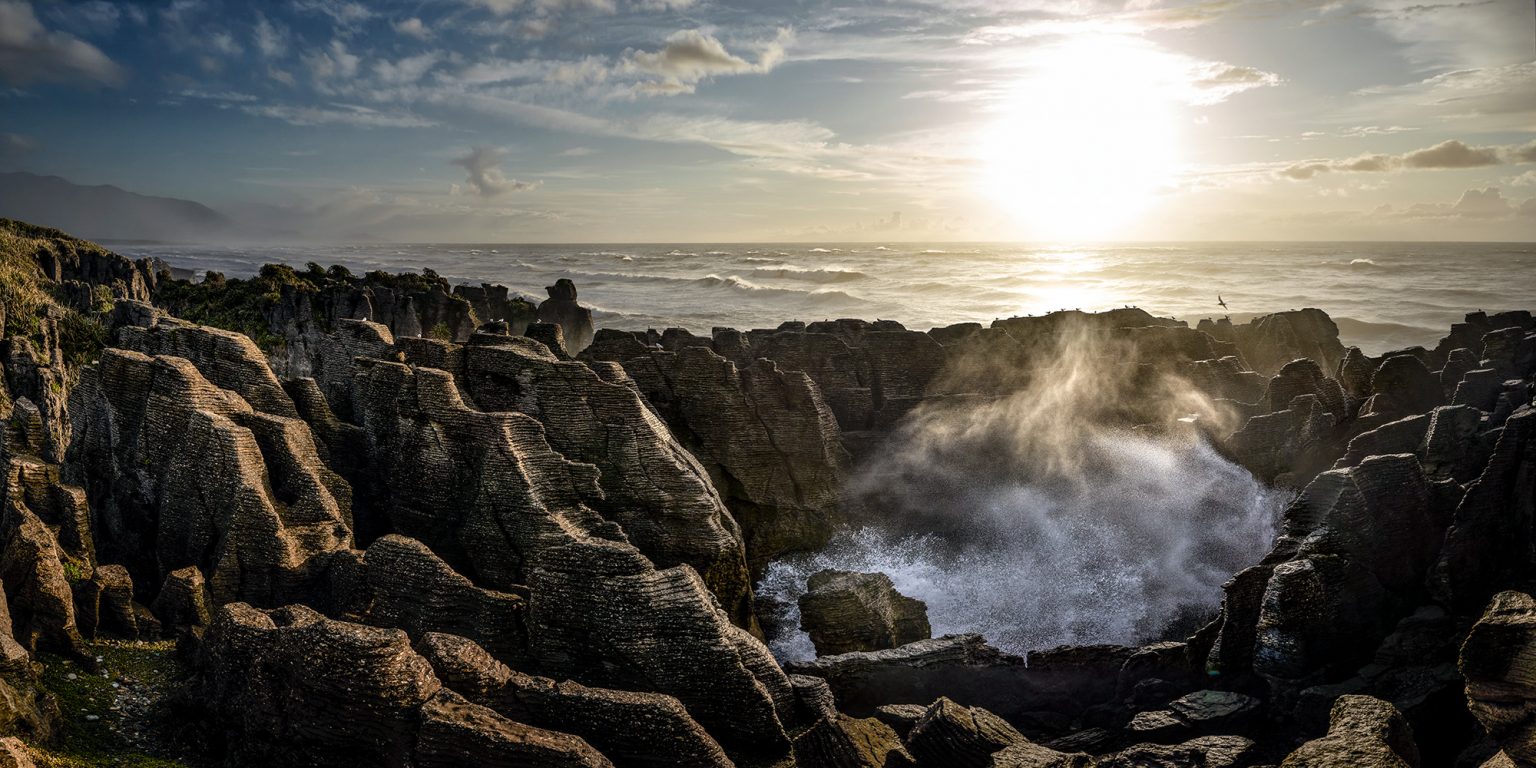 The ocean finds a way through the layered rock formations at Punakaiki. Relentless wave action and limestone rock combine to create a unique and intriguing location on the west coast of the South Island.

Punakaiki is one of the scenic highlights along the West Coast road of New Zealand’s South Island. The region is one of the most impressive in New Zealand, yet its remoteness means it is often one of the quietest. The West Coast drive covers over 500 kilometres between Punakaiki in the north and Lake Wānaka in the south. The drive takes you past the famed West Coast glaciers, Franz Josef and Fox.

The pancakes rocks of Punakaiki are a type of limestone rock originally formed 30 million years ago from dead marine creatures and plants settling on the seabed. The immense pressure of being more than two kilometres below the surface solidified these marine remains into strong limestone layers. Over time, seismic action lifted the seabed above the surface, and we can now see these pancake-like rock formations along the coastline. 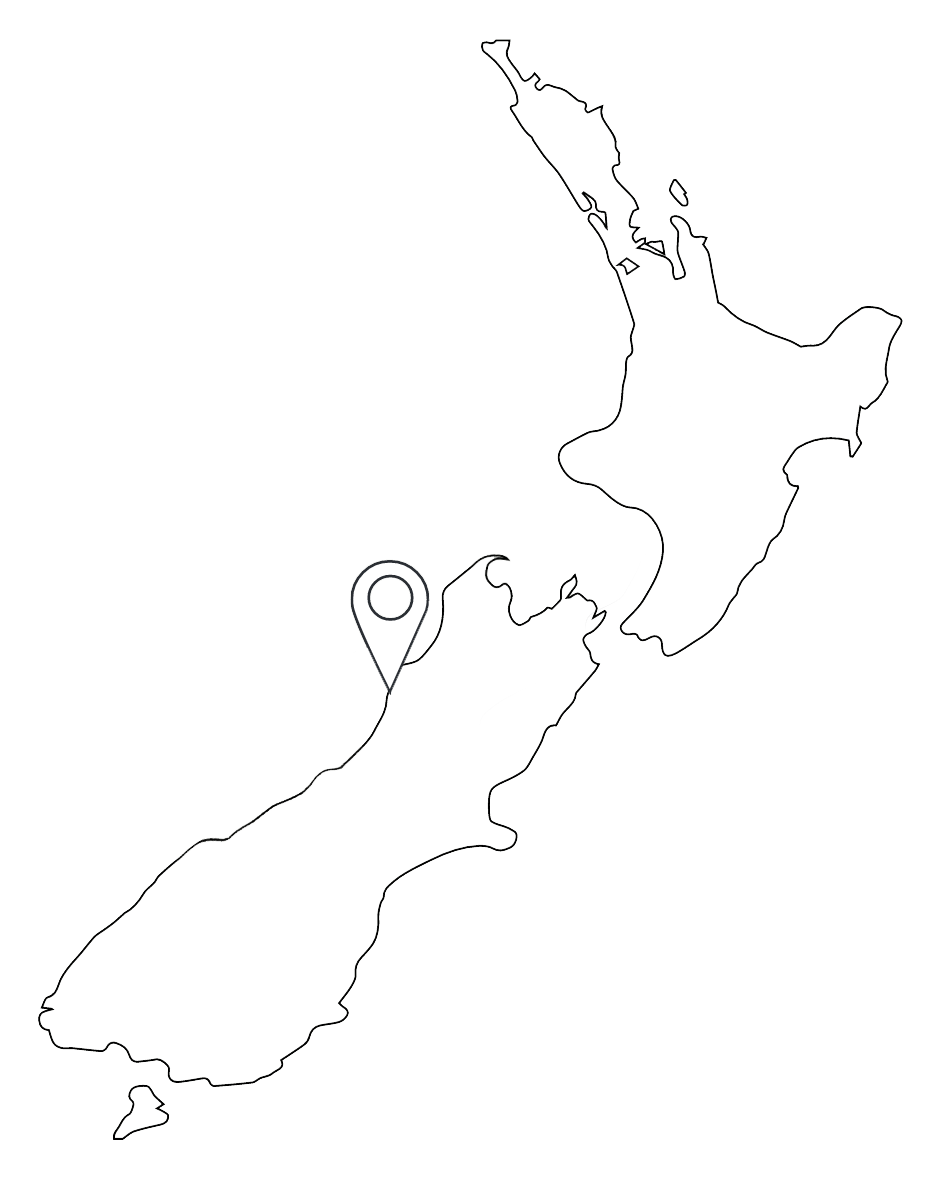 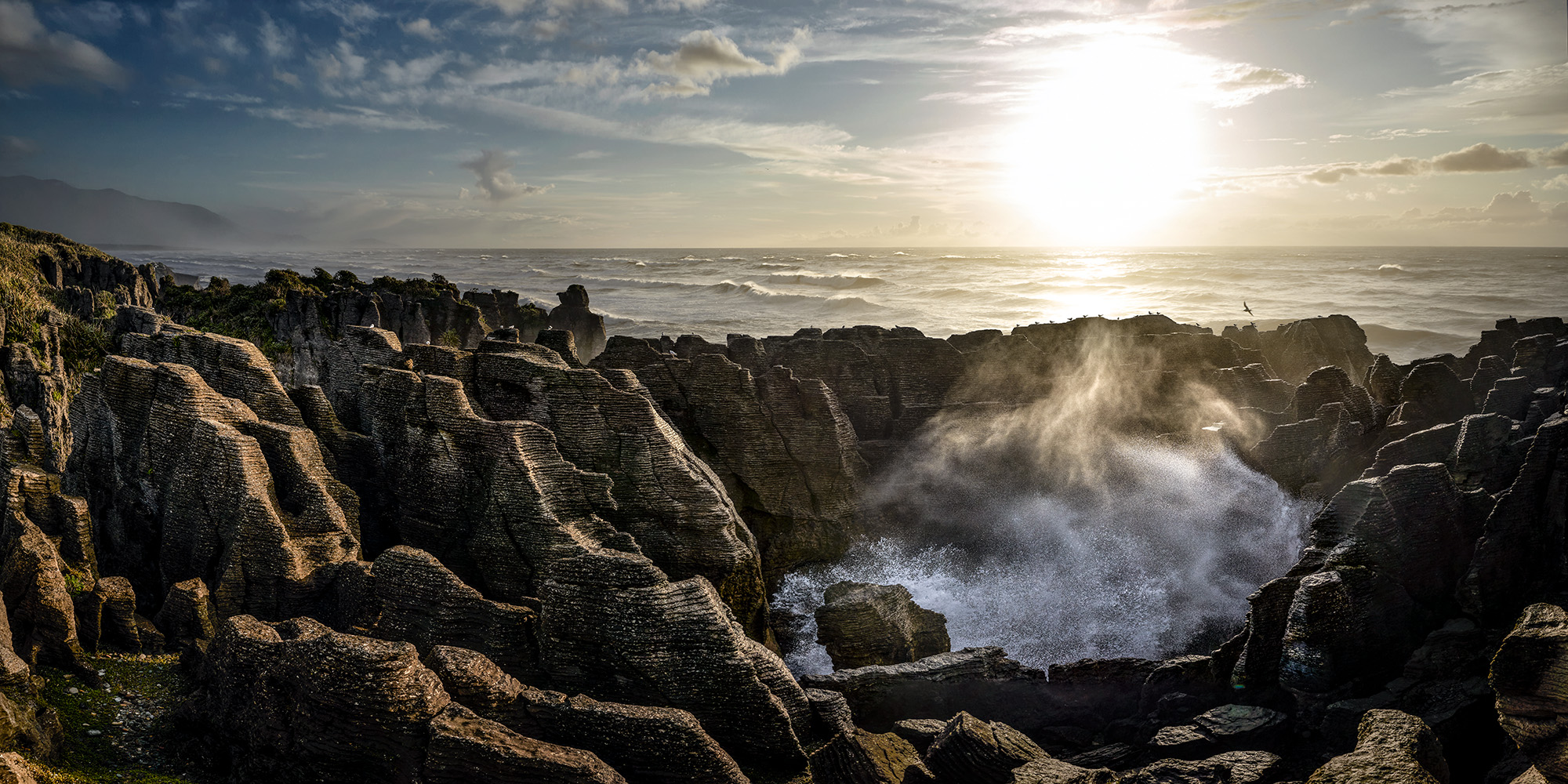