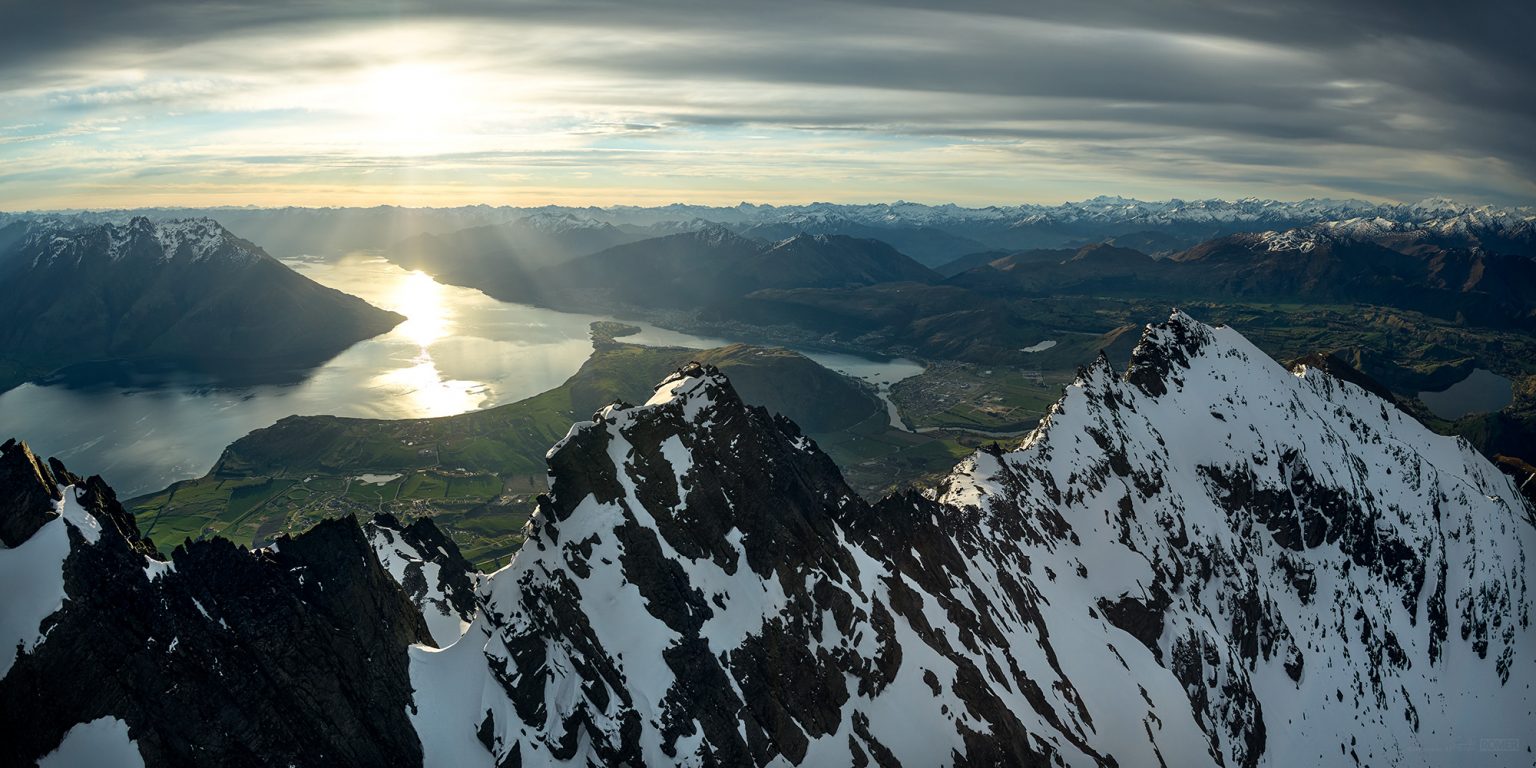 From atop the sharp, jagged and snowy ridgeline of The Remarkables, a gentler sight is revealed below. Lake Wakatipu, the township of Queenstown and the Kawarau River are captured in the soft light of the afternoon sun. The immense Mt Aspiring National Park in the distance is also visible from this incredible vantage point.

The Remarkables mountain range is one of the most striking landmarks surrounding the township of Queenstown on New Zealand’s South Island. Its impressive silhouette and jagged ridgeline are visible throughout the Wakatipu Basin. The Remarkables is found on the south-eastern side of Lake Wakatipu, and the large basin behind the mountains is a popular ski field. An early surveyor gave The Remarkables its name after discovering the mountains lay on a north-south orientation just like the early magnetic compas. 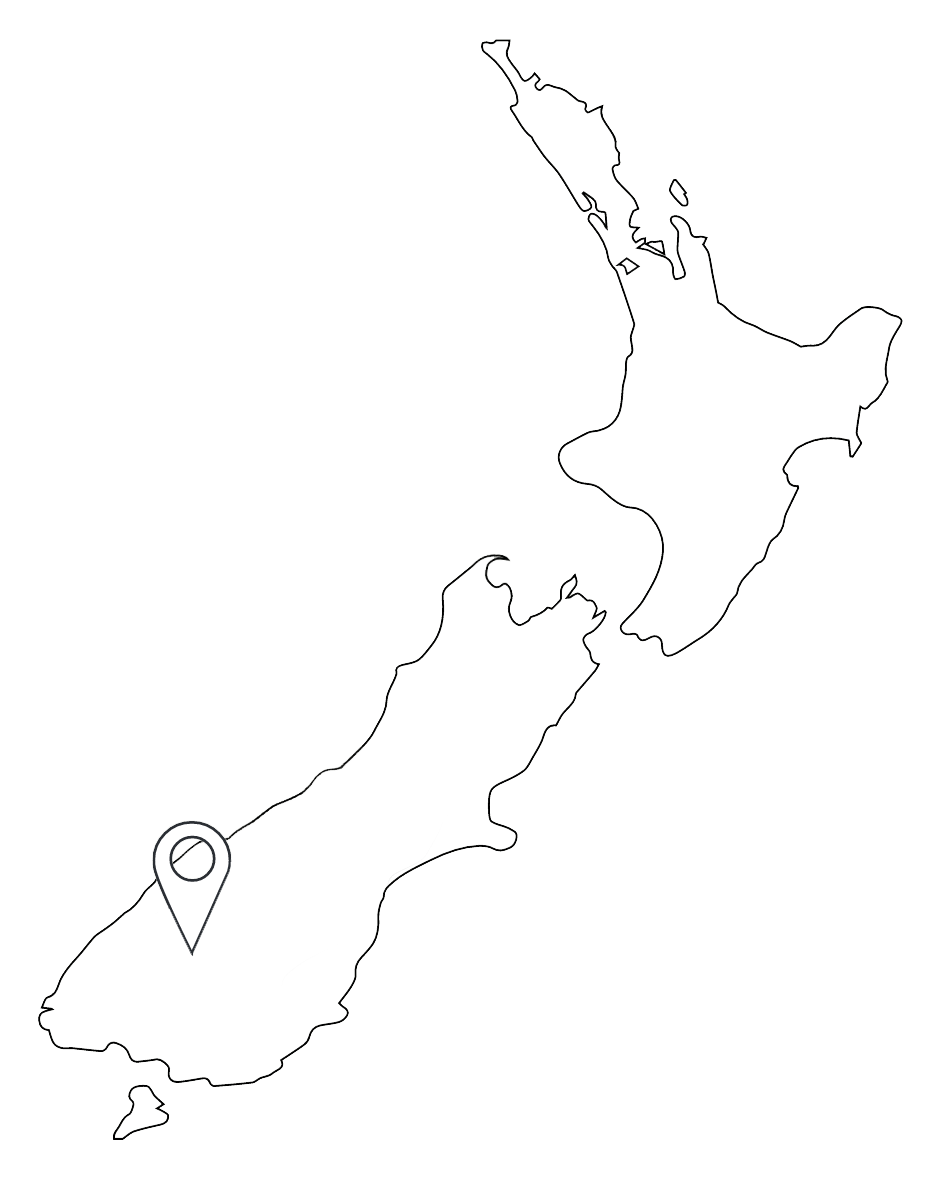 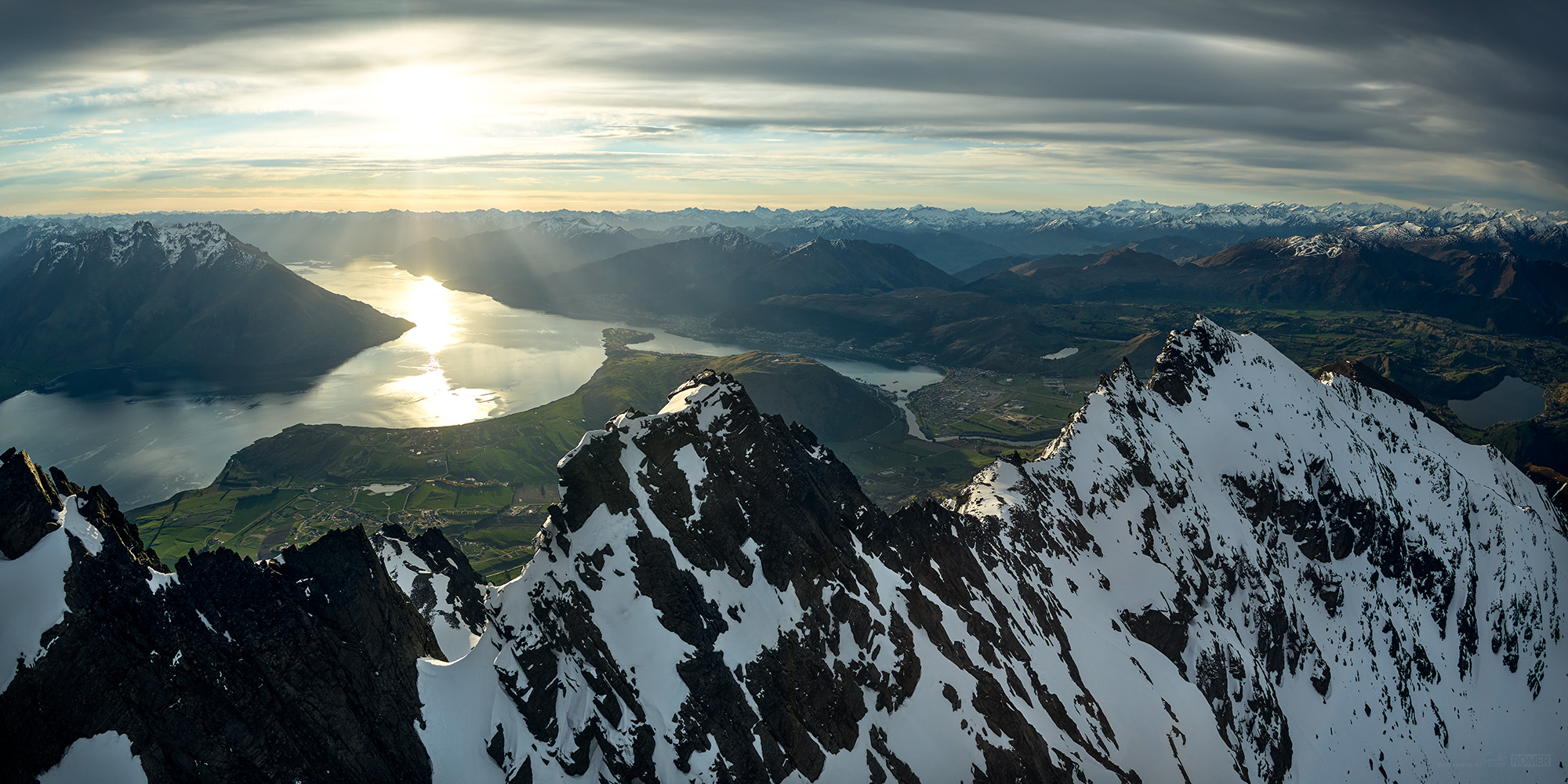