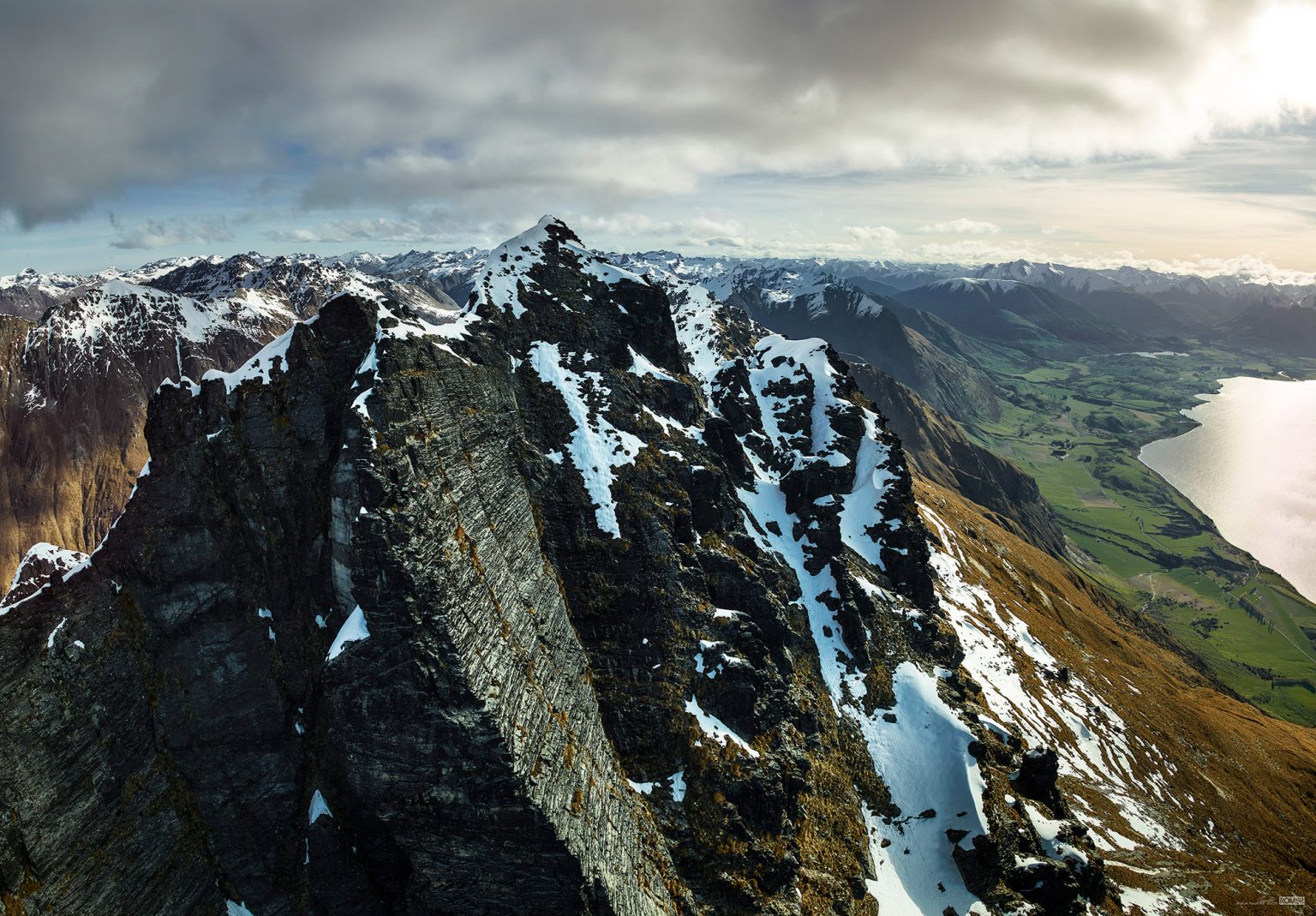 The formidable sheer rock face of the summit of Walter Peak. Lake Whakatipu appears far below. Walter Peak is easily visible from Queenstown, yet very few get to see it this way, nearly 1,800 metres up.

Walter Peak is located on the western shores of Lake Whakatipu, the opposite side of the lake to the bustling tourist town of Queenstown. Walter Peak is a high country sheep station and home to the famous Walter Peak Homestead, visited by the historic steamship, TSS Earnslaw.

Alongside Walter Peak is another mountain, Mt Nicholas. Comparing the two, it is possible to see a difference between the two mountains, which provides evidence of the region’s glacial past. Walter Peak is rugged and jagged on its upper slopes, while Mt Nicholas has a smooth summit. Around 15,000 years ago, an immense glacier carved its way through the area and flowed right over the top of Mt Nicholas, leaving the mountain ice-planed and rounded. This indicates the glacier would have been at least 1,500 metres above what is the current lake level. At 1,800 metres, the summit of Walter Peak was left untouched by the glacier. 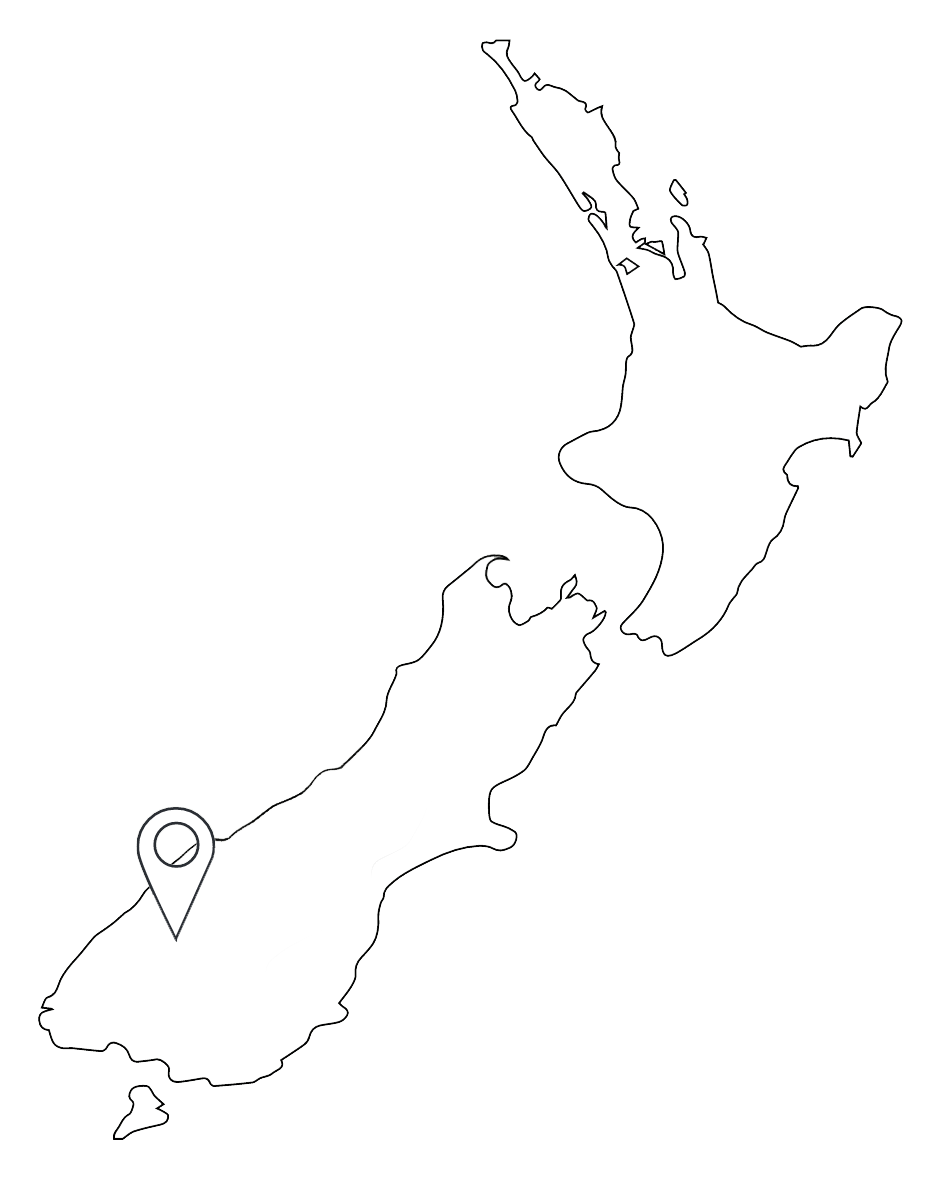 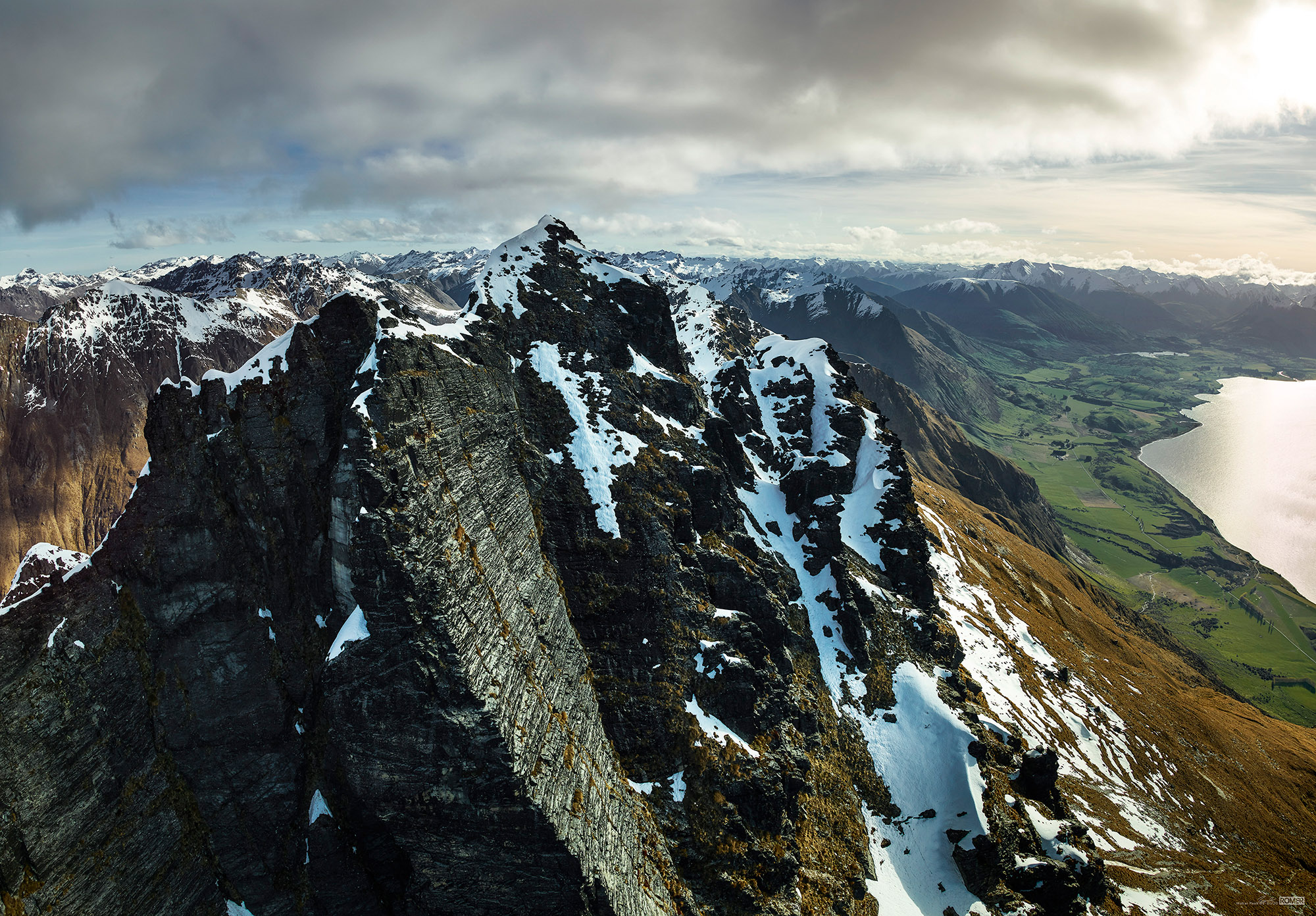